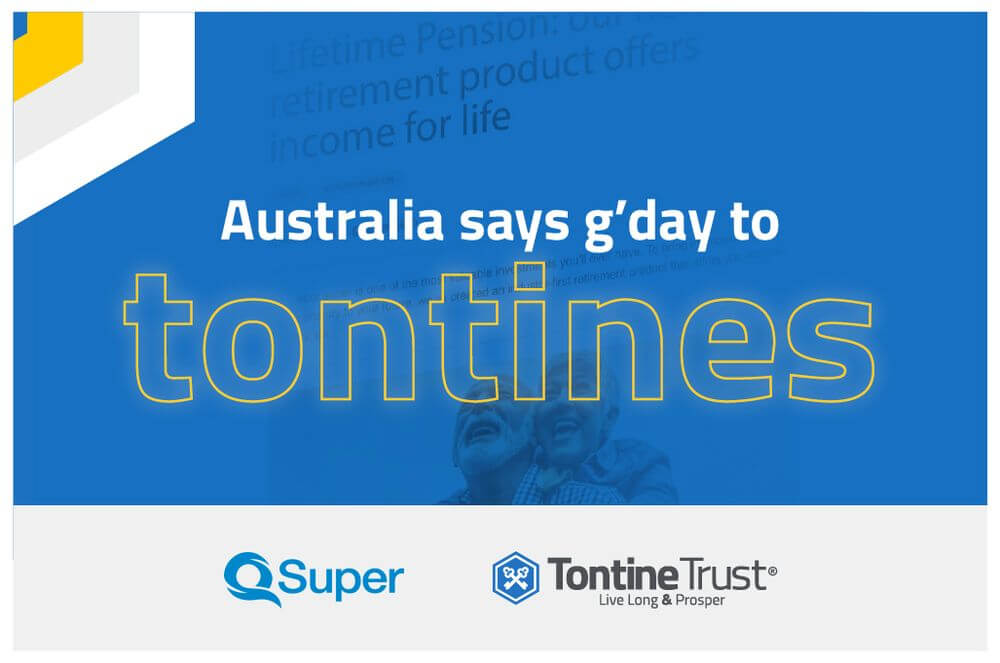 We think of Australians as being as laid back as you can get but if there’s one thing that they are deadly serious about, it’s their pensions.

After all, Australia is the fourth-largest holder of pension assets globally despite being only the fifty-fifth most populous.

Here at Tontine Trust, we focus on delivering what retirees actually want from their pensions and we are delighted to see that the folks at the State of Queensland’s superannuation fund have taken a leaf from our book.

No longer will QSuper offer only a retirement pot that eventually runs down to nothing if you live a long time, from here on in their members can enjoy an income that's guaranteed to last a lifetime.

This is great news for Queensland's "Grey Nomads" because with nearly 26,000 kilometres of Australian coastline to explore, this is going to be a road trip of epic duration.

With the federal government mandating the nation's superannuation funds to solve the problem of too many pensioners dying with much of their wealth unspent, the State of Queensland itself can benefit from the potential rise in spending that a lifetime income tontine pension will enable amongst its retirees.

How it works The new QSuper Lifetime Pension pools members’ contributions into a single fund invested in the financial markets & then makes fortnightly income payments for life.

The income is adjusted once a year based upon the over or under performance of the investments as well as mortality rates. This means that while payments are expected to increase over time, they are not guaranteed to do so.

“When I reflect about our role in protecting members,” says SuperQ’s Jason Murray, “a significant additional risk I think about is the risk that our members may run out of money during retirement or, as we quite often see, live quite frugally in retirement for fear that they will consume all of their retirement savings prematurely."

That's a marked change in attitude since the 1880s when an annuity actuary of the Australian Mutual Provident Society lambasted the far more popular tontines as "an immoral contract" which "put a premium on murder".

The SuperQ Lifetime Pension also has some embellishments designed to attract new members including a spouse protection option that will see continued payments made to your husband or wife in the event of your death. They also embed a degree of money-back protection whereby your estate receives a payment if you pass away before you breakeven on your principal.

QSuper clearly believes that this 'tontine-hybrid' approach will help them attract more subscribers but it remains to be seen if the members notice or even care about the hit they are taking to their monthly income as a result.

Nevertheless, this is a great step forward for the 'Super' industry and as Noel Whittaker in The Sydney Morning Herald notes: "These pension rates are quite a bit higher than a regular lifetime annuity or an account-based pension drawn at the minimum."

"Personally, I think it’s too bad that similar arrangements aren’t more widely available. I’d be happy to purchase a lifetime income from one. Hedging the financial risk of outliving my life expectancy is something I focus on, given my family’s longevity history, and I’d much rather invest in this type of product than buy a traditional guaranteed annuity. So I hope more such products will follow, around the world."

Australians are some of the most sophisticated and discerning pension investors, so it is great that they are finally getting the chance to experience the advantages of a tontine but for a country with rising life expectancy where the ultimate retirement target might arguably be “no worries’, it’s probably not a surprise.