Following hard on the heels of the OECD recommending that tontine pensions are made mandatory, OECD member Canada is reshaping its pension system. 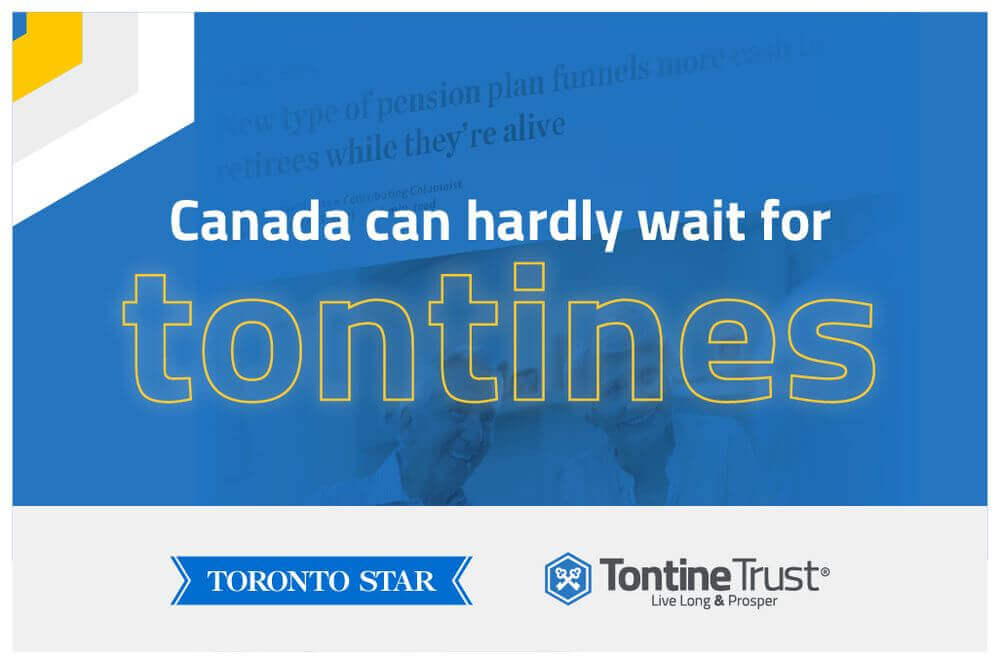 Following hard on the heels of the OECD recommendation in February that tontine pensions are made mandatory, OECD member Canada is already reshaping its pension system.

Their planned new tontine pension will be called a Variable Payment Life Annuity. The VPLA tontine will do exactly what it says on the tin and provide a payment stream that varies based on the performance of the underlying investments and the rate at which members pass away.

Announced by the government in its 2021 budget, this new variant is of the welcome kind which will finally restore the advantages of tontines to Canadian retirees making them happier and more financially secure in their advanced years.

True to the nature of it's tontine design, the VPLA tontine will provide payments that vary based upon the longevity of the members as well as on the performance of the underlying investments.

Crucially for Canadian retirees, the VPLA tontine payments are expected to outstrip the income available from existing pension products and is getting industry experts excited.

“The potential income gain from VPLAs is remarkable” according to Moshe Milevsky, the Professor of Finance at the Schulich School of Business at York University whom knows more than most people on the planet the advantages of tontines.

“You can expect to get two to three percentage points in higher returns while you’re alive than you can with equivalent investment products without mortality pooling.”

As with a regular Canadian pension, the VPLA tontine will benefit from professionally managed underlying investments and low fees similarly to our upcoming new Pan-European Tontine PEPPs. The stable returns & low fees when combined combined the inevitabe income gains generated by mortality credits will redefine the lifetime income industry.

At TontineTrust, we love to stress how tontine pensions can bring peace of mind as well as optimism about the future to retirees who were previously worried about running out of money in old age. Canadian experts agree too.

“(People) don’t have a pot of money where they’re trying to think ‘how am I going to spend this over my retirement?’”

“They can just set out a yearly budget and adjust a little (for the income fluctuations) if they need to.”

A robust and sustainable tontine lifetime income pension cannot come soon enough for rapidly aging Canada where 20% of its population will be 65 or over in 2026. Fear not Canadian retirees, your tontine pensions will be along soon, perhaps even sooner than you realise.