Longer lives and the social care timebomb. Can tontines be the solution to the UK's looming state pension crisis? 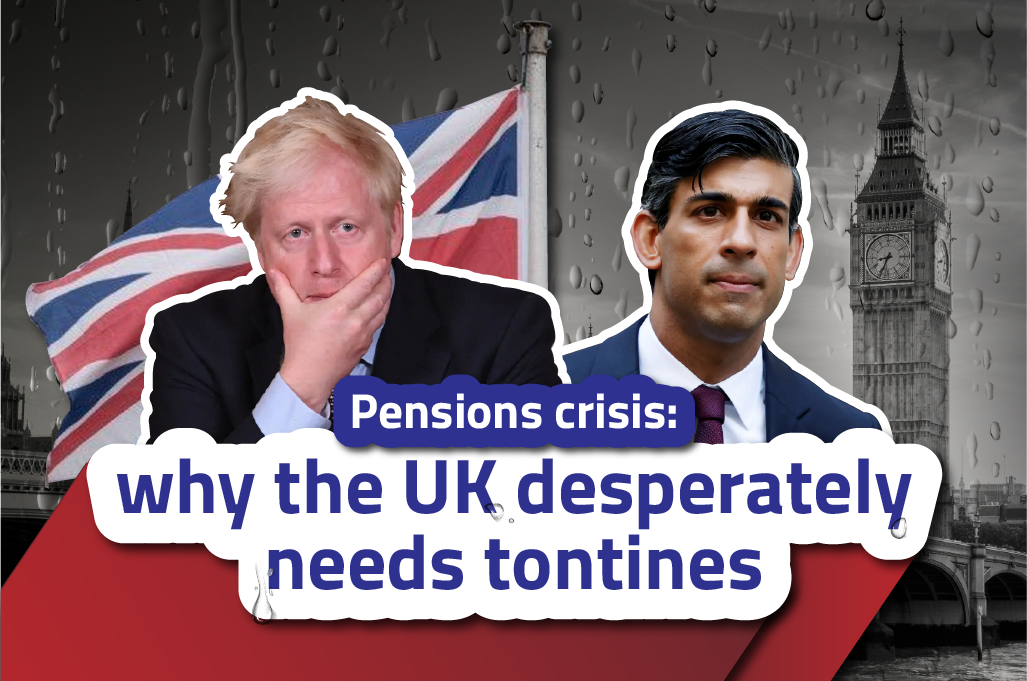 The UK state pension - the worst in the developed world

It’s a shocking fact that, despite its wealth and dynamism, the UK lags only behind South Africa and Mexico in the league table for the world’s worst state pension.

What do we mean by “worst''? Well, according to data published by Investing Reviews, the UK state pension equates to just 28.5 per cent of pre-retirement income, which is less than half the global average. Mexico at 23.6 per cent and South Africa at 27.9 per cent can cite high poverty rates and decades of economic and political turmoil as their mitigation. But what does the UK - a proud member of the G7 - have as its excuse? It’s not as if the exchequer is failing to skim enough off the working population - the current tax burden of 34 per cent of GDP is the highest for over fifty years.

The fundamental challenges facing the UK’s monetary custodians are the short-term need to pay the massive bill for the pandemic and the longer-term problem of funding social care as the population ages. As the prime minister, Boris Johnson, and his chancellor, Rishi Sunak, debate the best long-term solution, the first moves have been to raise taxes and cut public spending via a hike in national insurance and a reduction of the purchasing power of the state pension by the suspension of the so-called ‘triple lock’.

This real-terms cut in their income is terrible news for the two in five UK over 60s (according to research by Canada Life) who have no option than to fund their cripplingly expensive future social care out of their state pension. In response, chancellor Sunak has thus far chosen to paper over the cracks, but deep down he is only too aware of the pressing need for a systematic rethink of the state pension.

Tontines are the answer

Enter stage left, the tontine. This self-funding, risk-sharing pension solution is perfectly set up to meet the challenge of servicing the spiralling costs of an ageing population. Tontines are the answer because they are the only type of pension that can, by design, generate a steeply rising income at the stage of life when social care costs are at their highest.

How is this achieved? That’s the magic of what we call “tontine credits” - the returning to the membership pool of income that would have been paid out to deceased participants. As the pool shrinks, the level of income distribution increases, sometimes at an exponential rate. So the big bucks can be there, just when you need them most.

And it’s a solution that is gaining increasing recognition, with no lesser body than the world economic organisation the OECD sanctioning tontines as the default pension option for all of its member countries.

Self-funded, but offering so much more

There are plenty of reasons why the UK government and others need to take a serious look at tontines. First, they represent an indispensable tool in the process of weaning ageing populations off unsustainable state pensions and onto self-funded schemes. Their transparency and fairness will encourage enthusiastic voluntary participation (as the mass adoption of tontines in the US in the 1800s proved) and thus spare governments the need to enact politically difficult compulsory enrolment legislation.

More importantly, tontines can bring with them tangible social and economic benefits. The removal of the fear of running out of money in retirement will encourage retirees to adopt healthier lifestyles, which will in turn boost their productivity and relieve pressure on the healthcare system. Sharply rising incomes in later life will be able help fund social care costs, which will both release the burden on the state and free up family-member carers to return to earning and contributing.

With the funding shortfall forecast to balloon to a blood-curdling £334 trillion in 2050, the UK pension model in its present form is finished. The World Economic Forum is urging policy-makers to act now, otherwise the UK risks having a workforce of 80 year olds in a generation’s time.

Tontine pensions - which by their very structure can never become unfunded - have to be part of the answer. Mr Sunak, we are waiting for your call.