Tontines – a retirement product for your children’s tomorrow

Worried purchasing a tontine might mean you can’t leave a bequest? Don’t be. Securing a rising lifelong income could mean greater benefits for your children. 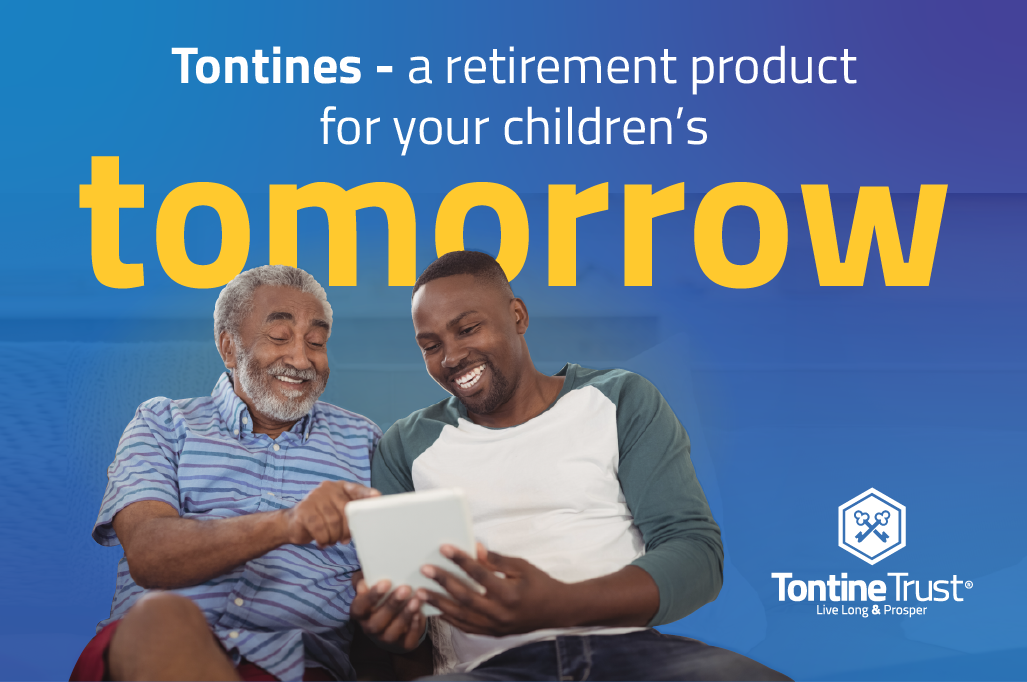 One of the questions we often get asked at Tontine Trust is whether you can pass on your tontine benefits as an #inheritance when you die. The short answer is “no”, but let’s look at why your loved ones will benefit hugely from your decision to invest in one.

First we have to understand the fundamental aim of a tontine and the mechanics needed to help you achieve your goal. As a pooled, risk-sharing scheme, a tontine seeks to generate a high and rising income for retirees right up to the age of 120 if needs be. This requires that as much of the funds as possible remain in the scheme to work as hard as they can for its members. Sure, you can pass on an insurance-based product, but you will pay handsomely for that privilege in the level of income you receive and the relatively low growth of that income.

Tackling the number one fear

Tontines have been launched as a solution to what is now the number one fear among retirees - that they will run out of money in retirement. The reality is that it will not be long before the ‘one hundred year life’ becomes almost the norm rather than the exception. That’s a scenario that no existing retirement product – ‘inheritable’ or not - will be able to cope with.

The tontine concept accepts that average life expectancy into the nineties will make the traditionally understood inheritance almost a thing of the past. Longer lives mean steadily growing medical and care costs, and that’s something that is likely to wipe out many retirees’ savings and shift the heavy burden of support, both in terms of time and resources, onto the children.

With a tontine, that nightmare is removed thanks to the fact that, as the pool of members shrinks over time, the income it generates grows rapidly. Indeed, it has the potential to accelerate at such a pace that it will cover the rising cost of care and treatment, providing that sufficient capital was invested initially. What is more, the happy knowledge that their financial future is safeguarded will encourage retirees to adopt a more engaged, active and healthy lifestyle, thereby pushing back the point at which expensive care is needed.

Wanting to leave their children a legacy is a natural emotion among parents. These days, however, the prospect of longer lives means that that benefit may have to be passed down in a different form. In recent years, parts of inheritances have been delivered early, often as a deposit for a house. Tomorrow, it may be more a case of lifting their burden of future care and responsibility by investing in a product that delivers meaningful, rising benefits.

Your strategy is of course up to you. If financial support for your children when they need it most is your priority, then a good option is to allocate them a cash sum on your retirement and then invest the remainder of your pot in a tontine for you and, if he or she is not the major earner, your spouse also.

The perception that there is a large pot of money waiting for children to inherit automatically is now completely false. Therefore, far from widening the wealth gap between generations, tontines have the potential to close it by creating a certainty that adequate financial provision will be forthcoming in retirement, without the need to liquidate major assets such as property.

And let’s not forget that if you are one of the lucky ones who live long enough to be around when your tontine ultimately winds up, your share of the remaining funds has the potential to create a #lump-sum legacy that is not far short of a lottery win.