Tontines vs Annuities: Match-up of the century!

Our tontine product is expected to rise faster than inflation and with our flat 1% fee, its substantially lower than that of a life annuity. 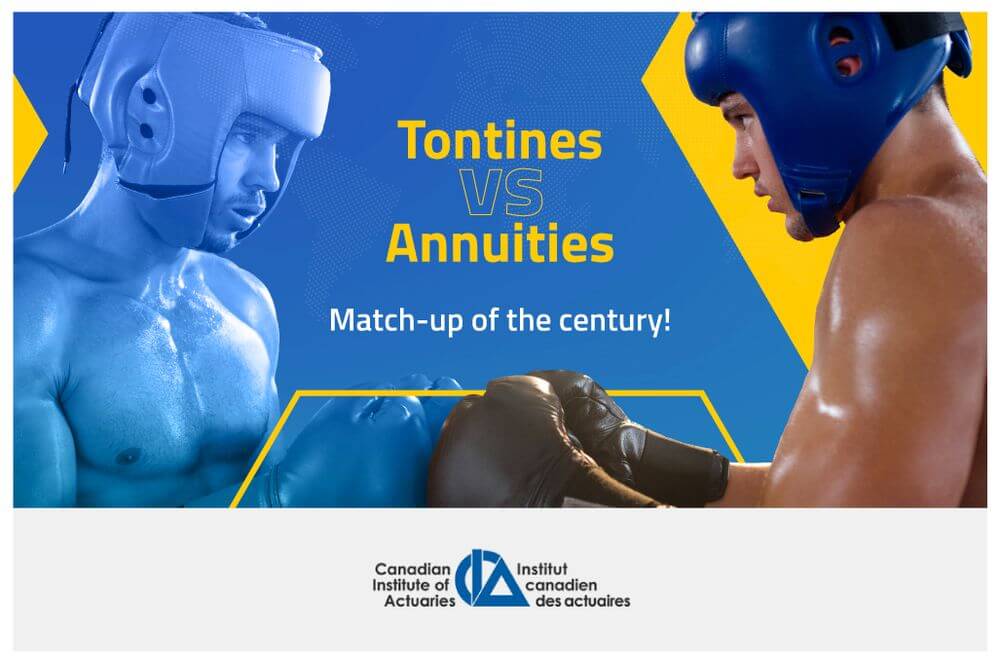 Having noted the buzz around tontines in the last few years, Canada’s Society of Actuaries has conducted some insightful research that seeks to delve below the theory to find out how a modern iteration of a centuries old risk-sharing pension concept could actually perform today.

The research takes what it terms a ‘natural’ tontine, in other words an engineered version that is designed to deliver smooth returns, and back-tests it against a known set of parameters (such as mortality rates and bond market performance) since 1986. The key question was, how did their payments stack up against annuities?

One the most important factors identified that gave tontines the upper hand was cost:

“In the future, annuity issuers might have to hold even more capital and reserves against aggregate longevity risk. Annuities would likely become even more expensive, relatively speaking…the tontine is easier to administer, cleaner and less capital-intensive and results in an increasing payment stream over time…”

But what about payments? Taking the scenario of a retirement spanning the years 1986 to 2000, the research found that natural tontine payment was almost 10% greater per year than the single premium income annuity.

While this 10% advantage may not have been as clear-cut from other starting points, the research noted the potential for the differential to increase were the government bonds that formed the underlying assets in the investment portfolio replaced by riskier instruments:

“…when corporate bonds are utilized as the underlying investment asset, the higher initial yield enables the group or syndicate to acquire more (future) income at a lower price, and the initial tontine payments are always higher than what a comparable life annuity would have provided. “

At TontineTrust, we know all about the structural ability of tontine payments to outstrip annuities by a rapidly increasing margin over the course of retirement. However, we were surprised to learn one particular finding of the research, namely that a natural tontine has even greater scope to out-deliver an annuity during periods of rising inflation after a recession. Apparently, for as yet undetermined reasons, mortality rates [and thus mortality credits] increases in the years immediately after a recession, which is invariably accompanied by a rise in inflation. This can give tontines a further advantage over annuities:

“As a result of the tontine’s skewed returns, we find that the tontine provides an additional edge in hedging (personal, retirement) risk that is difficult to insure otherwise...”

In conclusion, despite modelling their returns using highly conservative investments, the authors of the research note that “approximately 60% of the initial tontine payments exceeded the initial life annuity.”

Substitute government bonds for corporate bonds and the result is emphatic: “…we find that 100% of initial tontine payments would have exceeded the life annuity payouts at that time.”

So for reasons of lower cost, risk-hedging advantages and ability to deliver superior payments for no greater risk, the tontine would appear to be the winner by knockout in the pensions match-up of the century.

To read the research in full, please click here.