Hitch your pension to the power of longevity credits 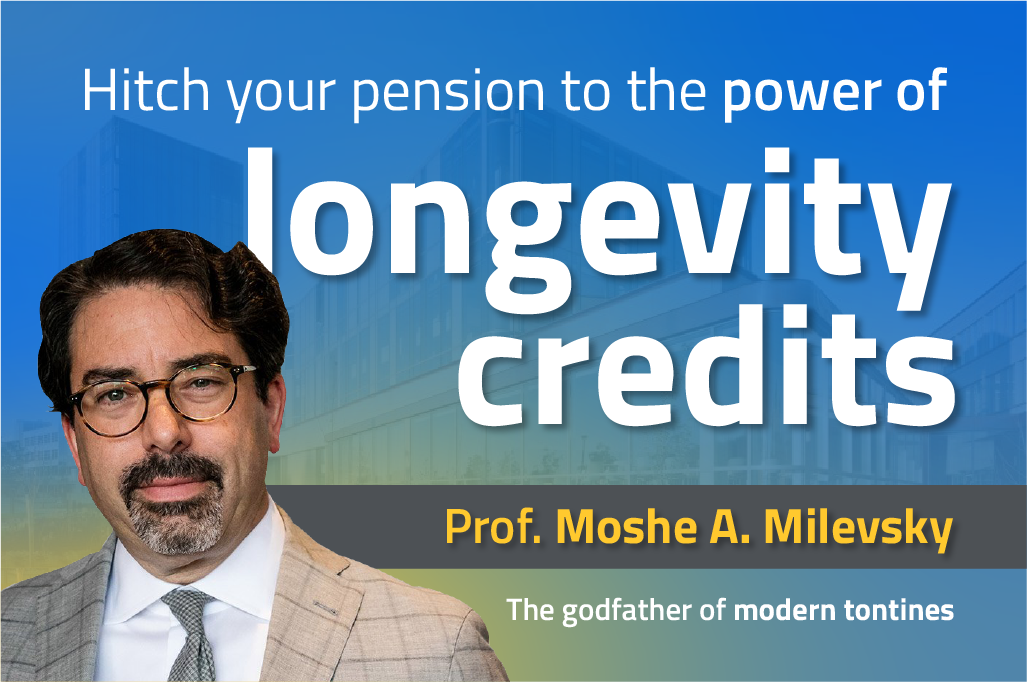 Here at Tontine HQ, we have huge respect for Moshe Milevsky, professor of finance at the Schulich School of Business at Toronto’s York University.

Indeed, it is his compelling body of research into the power of the risk-sharing principle to transform the efficiency of pensions that helped inspire us to develop the world’s first modern digital tontine product.

In his latest of his ever-insightful and entertaining blogs, Prof. Milevsky contrasts the benefits of pensions that use insurance to guarantee a lifelong income with those that pool the longevity risk of their members.

The fundamental challenge facing today’s retirees is, he argues, not whether the are going to live to 120 or indeed completely run out of money (two core arguments for taking out an insurance-based product), but how to maintain “their accustomed standard of living [which] might be forcefully and involuntarily reduced if the markets don’t cooperate, and/or they live longer than anticipated”.

His answer? “Pool resources and benefit from mortality and longevity credits that accrue to those who are willing to share with their neighbours.” And for those who worry about their pension’s resilience in times of flux, he adds: “...those credits will be more valuable in states-of-nature in which markets are performing poorly and the rest of [their] investments have taken a tumble.”

Adding some numbers, Prof. Milevsky notes that a notional back-to-basics $100,000 annuity invested in zero-coupon strip bonds would generate annual payments of $4,000 (assuming a 2.5% discount rate) in the forty years from age 75 to 115. On the same basis, the income generated by a plan using longevity credits soars to $9,000.

“The reason for this rather magical jump to $9,000 from a mere $4,000 is that via the income annuity I have pooled my resources with many other similar 75 year-olds, but have given up the assets in the event of early-death in exchange for a subsidy to those living longer, etc. If you are willing to forfeit the money when the longevity coin falls on tails, then you can benefit from heads, etc.”

Prof. Milevsky concludes by commenting that the distinction between longevity insurance and longevity credits will open up the door for modern tontines to generate superior benefits, especially if they are age-capped.

This thinking echoes loud and clear in our MyTontine pension, which incorporates longevity credits (we call them “tontine credits”) as we strive to meet the essential goal of a retirement product: “the HIGHEST possible level of income that is sustainable at the LOWEST possible cost”.